Read how Canada’s leading provider of vertical lift aircraft used a government to government contract offered through CCC to delivery much needed aircraft to the Philippines Department of Defence and the Montenegro Air Force.

Founded in 1986, Bell Textron Canada (Bell Textron) Ltd. is Canada’s leading manufacturer of vertical lift aircraft. The company offers a range of commercial and military helicopters and to date more than 5,600 of its commercial aircraft are operating around the world.

The Mirabel, Quebec site is Bell Textron’s commercial assembly and delivery location and occupies over 650,000 square feet alongside the Mirabel airport with 17 helipads and two runways. It offers services such as aircraft customization, aircraft refurbishment, and aircraft upgrades and modifications.

In 2021, Belli Textron announced the addition of a new maintenance, repair and overhaul (MRO) service in its Mirabel, Quebec location. The increasing demand for customer support and services prompted the move and the facility will provide a range of services for a variety of aircraft including the Bell 206, the company’s first commercial aircraft produced in Canada, to the line of commercial aircrafts being produced today.

In 2014, Bell Textron signed a $105 million purchase agreement with the Canadian Commercial Corporation (CCC) for the delivery of eight Bell 412EP helicopters to the Philippine Department of National Defense (DND).

With a cruise speed of 140 knots (161 mph), range of 358 nautical miles (412 miles) and a cabin that can accommodate 15 passengers and crew members, the Bell 412EP offers reliable performance in some of the most extreme climates. Its dual digital automatic flight control system with available IFR option and Category A/JAR OPS 3 capability provides greater control and improved situational awareness.

Five of the helicopters were contracted to be configured for combat utility operations, including relief efforts. The remaining aircraft are configured for VIP transportation.

The intergovernmental or government to government (G2G) contract used for the deal was negotiated under the umbrella of a Memorandum of Understanding (MOU) between the CCC and the Philippine Department of National Defense for the purchase of defense and security related materials and services. In turn CCC, contracted the delivery of the aircraft to Bell Textron and provided contract and financial administration. All eight helicopters were delivered by 2015. 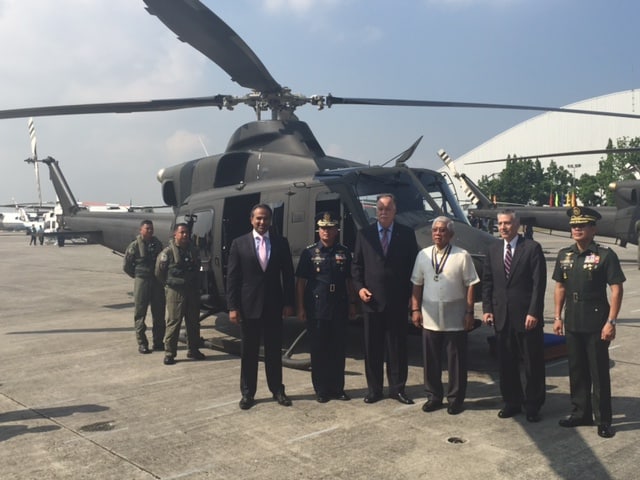 In 2018, the Government of Montenegro signed a G2G deal to buy two Bell 412EPI helicopters and one Bell 412EP helicopter to bolster its defenses.

At the time, Montenegro was NATO’s newest member and the 30 million euro ($37 million) contract would bolster the country’s fleet and support land and sea activities, search and rescue operations, medical evacuations and to patrol Montenegro’s borders and territory.

Tthe procurement project of these helicopters is extremely important, and despite our long-standing vision, only now have all the conditions needed come together to implement it. Aware of the need of our armed forces and the state, we have chosen the type and model of the helicopter that will best answer the security requirements in the entire territory of the country. These helicopters will enhance the mobility of units, reconnaissance capabilities and the overall transport capacity of the Armed Forces of Montenegro. In addition, it will allow us to further develop the capabilities for various types of evacuation, search and rescue missions, and reacting in extraordinary situations“.

In 2020, the Montenegro Air Force signed another purchase agreement with the CCC for two Bell 505 Jet Ranger X’s which were to be manufactured at the Mirabel, Quebec facility. These new aircraft were contracted to train the Montenegrin military pilots.

The final aircraft was delivered to the Montenegro Air Force in 2021. In 2019, along with its local Colombian partner Helicentro, Bell signed a contract with the Colombian National Police for a Bell 407 helicopter. The agreement was the result of continuous efforts throughout 2018 and 2019 by the Canadian Trade Commissioner Service (TCS) team in Bogota and CCC. The services offered by these Government of Canada entities included regular advocacy through meetings and support for the sale process. 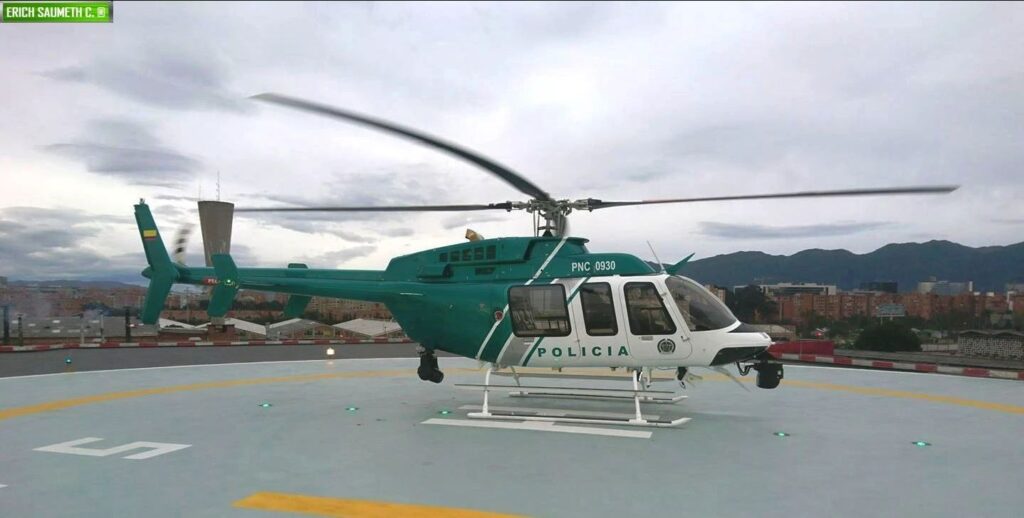